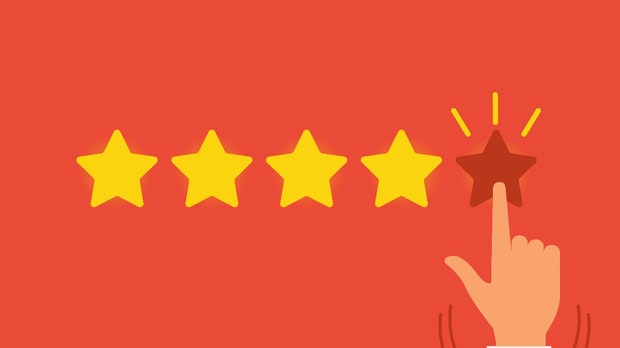 Why you shouldn’t generate ratings with competitions

Positive reviews are now almost indispensable for every company to advertise their own performance on the Internet. So what could be more natural than making ratings in a competition a condition of participation? Not a good idea, warns our guest author.

Positive statements from third parties have an objective effect in advertising and are therefore regularly rated higher by potential interested parties than statements made by the company itself. It is easier for the still undecided interested party to decide on a certain product or a certain service from a company, if already others were positively convinced and expressed it in a corresponding evaluation. Reviews on the Internet and testimonials are ultimately nothing more than the familiar word-of-mouth propaganda.

The appeal of competitions as a benefit for companies

Competitions are also an important tool for companies to retain customers or attract new customers. We come across competitions almost every day, be it in the shopping mall or on the Internet. Companies use competitions as part of their marketing strategy and participants speculate on attractive prizes. A competition can be worthwhile for both sides. From a company’s point of view, it makes sense to design a competition in such a way that participation is linked to the awarding of a positive rating by the participants. Instead of laboriously generating positive reviews from customers through many years of good performance, a large number of positive reviews could be generated in one fell swoop. Each participant gives a rating, in order to be able to take part in the competition and thus increase your chance of winning. Ultimately, everyone benefits from it and no one is harmed by it. Or?

Advertising with ratings generated by a competition is not permitted

However, the Higher Regional Court of Frankfurt am Main rightly ruled in a very recent decision (dated May 16, 2019, Az .: 6 U 14/19) that advertising with ratings generated by a company through the organization of a competition is inadmissible . The decision is justified by the fact that a customer makes a recommendation, must be free and independent in its judgment on this recommendation. Even if there is no payment in the actual sense of the rating generated in the context of a raffle, the submitted ratings are nonetheless not to be regarded as objective because the evaluators were ultimately rewarded by the opportunity to take part in the raffle. However, when looking at these ratings, the average consumer assumes that only satisfied customers give a positive and at the same time independent rating. In addition, the number of positive ratings allows conclusions to be drawn about how well known a company is in the market. Both expectations are disappointed, however, if the evaluations lack such a connection, precisely because they were only given when

If positive ratings are generated by a competition and these ratings are then advertised, this advertising represents an inadmissible commercial act that can be warned by competitors or the competition headquarters under competition law.

From purchased and self-written reviews

The decision of the Frankfurt Higher Regional Court is not surprising, since the present case is also in the broadest sense of the so-called fake evaluations. According to established case law, advertising with these purchased or self-generated reviews is misleading advertising within the meaning of the Act against Unfair Competition (UWG). In the case of purchased reviews, the misleading is that consumers are given the false impression that the person who gave the review did so solely because they are convinced of the product or the performance of the company reviewed . In fact, the rating was only given because the person received something in return from the company. But the self-generated evaluations also represent an anti-competitive business act, as this creates the impression that the company has received a large number of independent evaluations from third parties for its products or services. At no point does the consumer find out that these reviews do not come from real customers, but were generated themselves.

As tempting as it can be for marketing reasons for companies to combine participation in an attractive competition with submitting a positive rating, this approach is risky from a legal point of view. Precisely because the conditions of participation for such a competition have to be made available to the public, the risk that this will be discovered by a competitor or the competition center and proven in the event of a dispute is significantly higher than in other cases of fake reviews. It can only be advised against designing a competition in such a way that participation is linked to the submission of a rating. As a rule, such evaluations are not to be regarded as objective and are therefore likely to give other potential customers a misconception about the awareness and popularity of the advertised company.

Despite this decision by the Frankfurt Higher Regional Court, companies are free to kindly ask customers or participants in a competition for a rating. However, it should always be ensured that this request cannot be misunderstood as an obligation to act. Rather, it should always be possible not to give a rating. This must then not lead to a disadvantage for the participant. If this is heeded, positive ratings can also be achieved in a competition. Perhaps not an above-average number, but at least independent and therefore authentic.