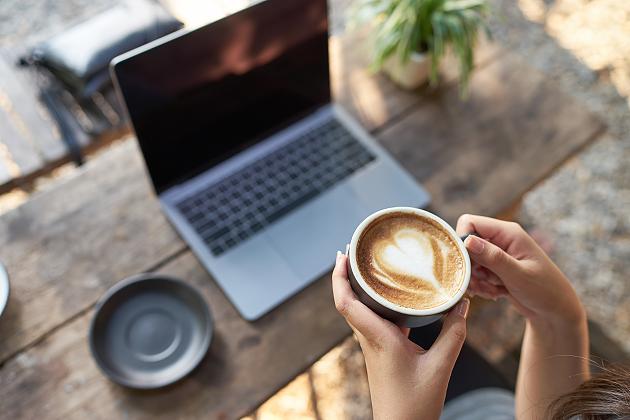 The truth about coffee

Every German drinks an average of 150 liters of coffee a year. But the pick-me-up is under suspicion: it is supposed to make you addicted, increase blood pressure and rob the body of fluids. Is that really true?

The passion for coffee is great in Germany . Germans prefer to drink espresso, cappuccino and latte macchiato rather than beer or mineral water. But for many, the guilty conscience tarnishes the pleasure, because coffee is suspected of being harmful to health. However, numerous studies have come to a different conclusion.

Udo Pollmer, food chemist and scientific director of the European Institute for Food and Nutritional Sciences (EULE), Munich, also gave the infusion of the ground coffee beans good marks. Coffee fans shouldn’t expect too much either, because, as is usually the case with food, the study results are contradictory.

Coffee, as beans or powder, contains substances similar to fat, especially the terpenes Cafesol and Kawheol. “So to conclude that coffee raises cholesterol levels is nonsense. After all, there are no greasy eyes floating on the coffee, ”says food chemist Udo Pollmer. So far, studies have shown no long-term influence of coffee on blood cholesterol.

Does coffee increase the risk of a heart attack?

“For years there have been warnings about the harmful effects of coffee on cardiovascular diseases . However, this cannot be scientifically proven, ”says expert Udo Pollmer.

Does coffee rob the body of fluids?

“Coffee contributes to the supply of fluids because it consists of almost 100 percent water,” says Udo Pollmer. Coffee has a slight diuretic effect, which is generally positive. The water balance of our body is not negatively influenced by the slightly diuretic effect of coffee, because the body can counter-regulate. Habitual coffee drinkers, however, no longer feel the diuretic effect at all, because their bodies get completely used to it.

Does coffee protect against cancer?

“So far, it is certain that coffee does not increase the risk of cancer,” says food expert Pollmer. Countless studies have examined the influence of coffee on various types of cancer.

According to Pollmer, it is now accepted that coffee protects the liver. Accordingly, the liver cancer rates in coffee drinkers are apparently falling. The exact reason for this is not yet known

Nevertheless, the expert advises: If you can’t tolerate coffee, you shouldn’t drink it because of its positive health aspects. In addition, based on research, it cannot be concluded that it is only the bean drink that protects against cancer. “There is much speculation about the influence of diet on cancer risk. The connections are probably much less than assumed, because the development of tumors is very complex and cannot be traced back to just one food, ”says the scientist.

“Drinking coffee regularly does not increase blood pressure in the long term,” says the food expert. This is confirmed by a study of more than 155,000 women . Coffee has only a weak, short-term effect on blood pressure, if at all.

Coffee protects against diabetes, according to a study from Finland. Researchers from the country with the highest coffee consumption worldwide examined more than 14,000 women and men. The result: three to four cups reduce the risk of getting sick by almost 30 percent, ten cups reduce the risk for women by as much as 79 percent and for men by 55 percent.

“A number of other studies confirm the results of this study. On average, the data show that coffee halves the risk of diabetes, so that scientists now assume a protective effect. However, an effect can only be statistically proven from two to three cups a day and has so far only been proven for people who like coffee, ”says Udo Pollmer.

If you are used to coffee, you can experience slight withdrawal symptoms if you do not take the usual dose of caffeine. “Strong coffee drinkers react with headaches that disappear after about two days,” says food expert Udo Pollmer.

This is often the case on weekends, when coffee consumers forego their usual office decoration or when they drink a caffeine-free variety.

Nevertheless, coffee is not referred to as an addiction, because the dose does not have to be constantly increased as with a classic addiction.