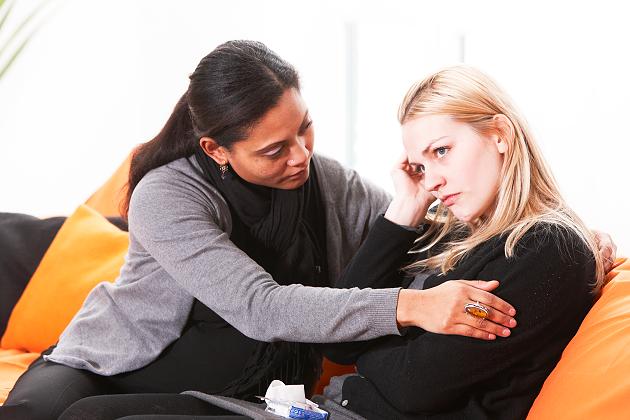 How psychotherapies work – and what side effects threaten

Depression, bulimia, addictions – different therapies are useful depending on the illness. In most cases, they will help in a short time. But like any treatment, psychotherapy also carries the risk of side effects.

There are three broad groups of disorders that are also the most common reasons for going to a psychotherapist: first, anxiety, second, depression, and third, addictions. To treat such disorders, psychotherapies have proven to be effective and promising. Eating disorders, sexual dysfunction, schizophrenia and bipolar disorders are sometimes more difficult to treat, says Jürgen Margraf, President of the German Society for Psychology. V. (DGPs). “For patients with schizophrenia or bipolar disorder, medication in combination with psychotherapy can therefore be useful.”

What happens in the therapy session

If someone seeks a psychotherapist, they will have the problem explained to them in an initial consultation. Within a maximum of five test sessions, the patient and therapist can then find out whether “the chemistry is right” between them. During these preliminary discussions, the therapist will make a diagnosis and explain whether treatment is necessary. He then submits an application to the cash registers. The approval for psychotherapy then also includes the number of hours. Only then does the therapy really begin. The scope of treatment depends on the mental illness and the severity of the disorder. In behavior therapy, short therapy lasting a total of 25 hours is usually sufficient.

“The health insurance companies take on two forms of therapy, behavioral therapy and psychodynamic therapies, including psychoanalysis,” says Margraf. “These forms of therapy have been scientifically recognized for a long time.” The regulations of the private insurance companies are different, so that those with private insurance should ask directly. The statutory health insurances only pay 100 percent of the costs if the therapist has a license to practice medicine and diagnoses a mental disorder with an illness value. These disorders are for example phobias, panic attacks, depression or compulsions. The therapist makes the diagnosis in the trial sessions.

Behavioral therapy is the method of choice, says Margraf, especially for anxiety and depression – and thus for the most common disorders. In the case of anorexia and chronic pain, on the other hand, behavior therapy is generally less successful. Behavioral therapy focuses on current problems, but also on current strengths, and tries to change behavior. It is about how patients classify and evaluate information. The aim is to reinterpret situations with the help of the therapist and to practice healthier behavior. The motto here: Everything that has been learned can be unlearned again. Behavioral therapists do not want to look into the past, into childhood – but into the future. “The success rates are good.

The psychodynamic approaches go back to Freud and his students. They assume that the current problem is based on repressed feelings and memories. Using dream interpretations or free associations, the patient should get access to these emotions. “The symptom is traced back to a conflict from the past.”

Other approaches such as systemic therapy, body and art therapies are not (yet) adopted by the health insurances, but they achieve success in many cases. Especially as a supplement in holistic therapy concepts.

Opportunities and dangers in therapy

Whether a therapy is promising or not also depends on the patient’s “gut feeling” during the trial sessions. After all, it is important that those affected have enough trust in the therapist to reveal their inner being to him.

Underestimated side effects and effects in psychotherapy

In individual cases, the patient’s condition can worsen at the beginning of therapy because, for example, repressed experiences and feelings come to the surface and then make people wonder. Other undesirable effects are financial exploitation of the patient, for example by artificially prolonging the therapy. In general, there is always the risk in the patient-therapist relationship that a dependency will arise and that this will be exploited by the therapist. “There are also cases of border crossing and even sexual assault,” says Margraf. Especially in body-oriented settings, the risk of such attacks is higher. Above all, charismatic and renowned personalities are prone to abuse their power and status.

Other negative effects of psychotherapy are less easy to measure. “When therapists give false hopes, do not agree on goals or interfere too much in the patient’s life, it is difficult to grasp,” says the psychologist. He describes it as a “classic” that many therapists identify the couple relationship as part of the problem, even though they have only heard one side. This often leads to a crisis in the partnership that would not have been necessary. “Some therapists also impose their own norms and values ​​on the patient.”

Despite sometimes hair-raising side effects, Margraf emphasizes: “Essentially and in the vast majority of cases, psychotherapy is good.” The only downer: it is a long way to go before this help reaches all affected people.

Children in particular are still too often neglected with their mental health problems. It was worthwhile to intervene early to prevent serious disruptions from occurring in the first place. The problem: While aggressive and hyperactive children move into the center of attention, depressed or anxious boys and girls often fail. “In a society with fewer and fewer children, there is a lack of siblings and playmates. This will be a big issue for children’s mental health in the future. “