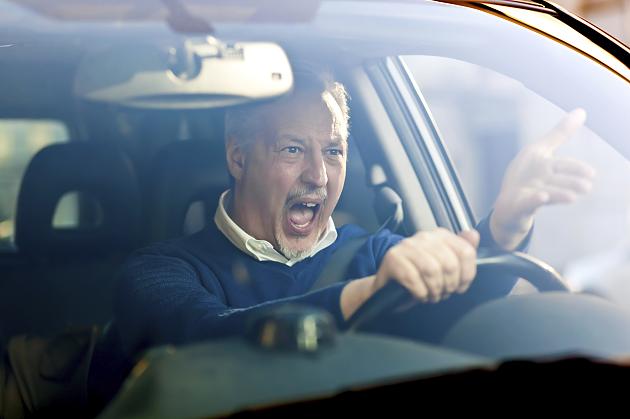 Always angry? Maybe you have toxoplasmosis

If you meet a traffic hooligan on the street who is pushing, scolding or even showing the middle finger – then he could be suffering from toxoplasmosis. The infection can actually cause outbursts of anger. Fortunately, not everyone infected develops aggression, otherwise there would be many more rowdies on the streets.

A traffic hooligan, pushing, honking or scolding may not be able to do anything for his outrageous behavior – his brain could simply be controlled by others. Parasites of the species Toxoplasma gondii may have nested in it and are now causing neuronal chaos.

At least this is what a study carried out by psychiatrists at the University of Chicago suggests on patients who have been noticed by aggressive behavior and sudden outbursts of anger. The work appears in the journal “Journal of Clinical Psychiatry”.

Twice as many outbursts of anger among infected people

It was found that people who had several seizures in succession were more than twice as likely to be infected by the pathogen as healthy people who had no psychiatric diagnosis.

The unicellular organism, one of the so-called protozoa, occurs worldwide and is widespread in the population. According to the Berlin Robert Koch Institute, 50 percent of Germans carry it in their bodies or have at least come into contact with it.

In the group of people over 50, the level of contamination is around 70 percent. It affects up to 16 million people in the United States, more than the country’s schizophrenia sufferers and those with bipolar disorder combined.

The actual host of the parasite is cats , which excrete it with their feces. People can get infected through smear infections, but also through contaminated water and the consumption of raw meat.

The infection usually proceeds without symptoms, but occasionally toxoplasmosis occurs, which is accompanied by flu-like symptoms. If women become infected during pregnancy, there is a risk of miscarriage.

Previous research found that Toxoplasma gondii affects nerve tissue in the brain and is associated with diseases such as schizophrenia , bipolar disorder, and suicidal ideation.

The Chicago scientists built on this. They examined 358 US citizens as test persons, one third of whom suffered from “pathological irascibility” (the technical term for the sudden attacks of aggression), another third from other mental disorders. The latter served as a control group to differentiate the irascibility from other ailments. The test subjects in the remaining third were mentally healthy.

In fact, blood analyzes and other tests showed that twice as many irascible patients had come into contact with the parasite than healthy subjects. The rates of the mentally ill group lay in between.

Sick people were much more aggressive

But the impulse control disorder – it was measured according to a point system – was much more pronounced in the irascible than in the other two groups, whose subjects hardly differed.

Overall, test subjects who tested positive in all groups were found to be significantly more aggressive and impulsive than those with a negative test result.

“Our work suggests that latent infections with Toxoplasma gondii can change brain chemistry in such a way that the likelihood of aggressive behavior increases,” explains study leader Emil Coccaro. “But we don’t know whether this connection is causal, because not everyone with a positive test result gets tantrums.”

Further studies are needed to find out. “A correlation is not yet a cause, above all it cannot be deduced from the fact that people should get rid of their cats,” adds Coccaro’s colleague Royce Lee, a co-author of the study. “We don’t yet understand the underlying mechanisms.”

This could be an inflammatory response in the body’s response to the infection, or it could be a direct modulation of the brain by the parasite. But a paradoxical reversal of the cause is also conceivable, Lee continues: Aggressive people could keep more cats or eat raw meat.

Now the Chicago researchers want to investigate the connection between toxoplasmosis, aggressive behavior and pathological irascibility. They hope that this will provide further knowledge about the condition that will lead to new diagnostic and therapeutic methods. “We have to conduct experimental studies to see whether treating a latent infection reduces aggressiveness,” says lead author Coccaro. “Then it might prove sensible to fight toxoplasmosis first in irascible patients.”

If the parasite attacks mice, it makes them forget their fear of cats so that they no longer flee from their enemy. Occasionally, infected rodents even run up to cats, attracted by the smell of their urine.

It seems like the mice are about to be eaten. This is exactly what the parasite wants to achieve, because it can reproduce sexually only in the cat’s intestine, so rodents are only intermediate hosts for it.

In 2015, scientists at the Indiana School of Medicine discovered how the pathogen reprograms the mouse brain: Apparently it modifies certain brain cells, namely the so-called star cells (astrocytes).

They help to supply the nerve cells with nutrients from the blood and generally maintain the physiological balance in the brain. In infected mice, certain proteins in the astrocytes were changed compared to the cells of healthy animals.

The task now is to find out whether this mechanism can change not only the character of mice, but also that of humans.